Under Review and fix

Since my last posting I've had a few emails inquiring which rod models I am now using.  So here is a rundown of what rods are currently in my boat, and what I'm using them for.  All rods are produced by Lamiglas. 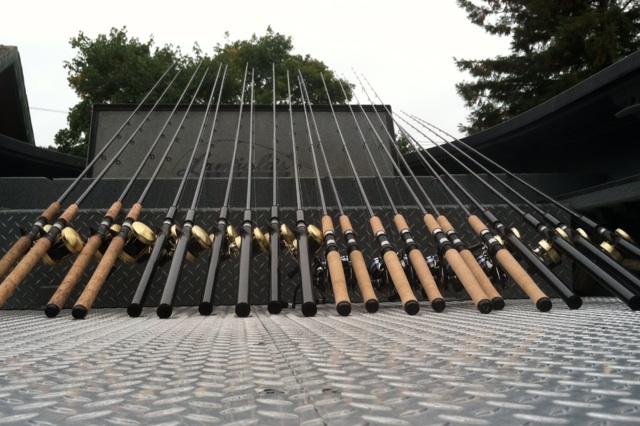 Now for the first fishing report of the Klamath season.  I've been back on the water since the 15th and have yet to hook an adult chinook.  That's not to say that the fishing is terrible... it isn't.  While there are a few jacks in the river (emphasis on few), it's steelhead that we are filling our days with.  The Klamath has more half pounders in it than I've seen in a very long time, and the adult numbers are building nicely.  Currently we're getting eight to a dozen adults a day.

The salmon have been circulating in and out of the mouth for some time now but not pushing up the river.  I did hear a very positive report from a friend of mine today (Saturday) that for the first time this season, the estuary was alive with salmon.  What that means is that salmon stayed in the river rather than turning around and going back out.

We've got a pulse of water coming from the Trinity early Sunday morning that should cool things down a bit.  It is my belief that this pulse will get our salmon season jump started.